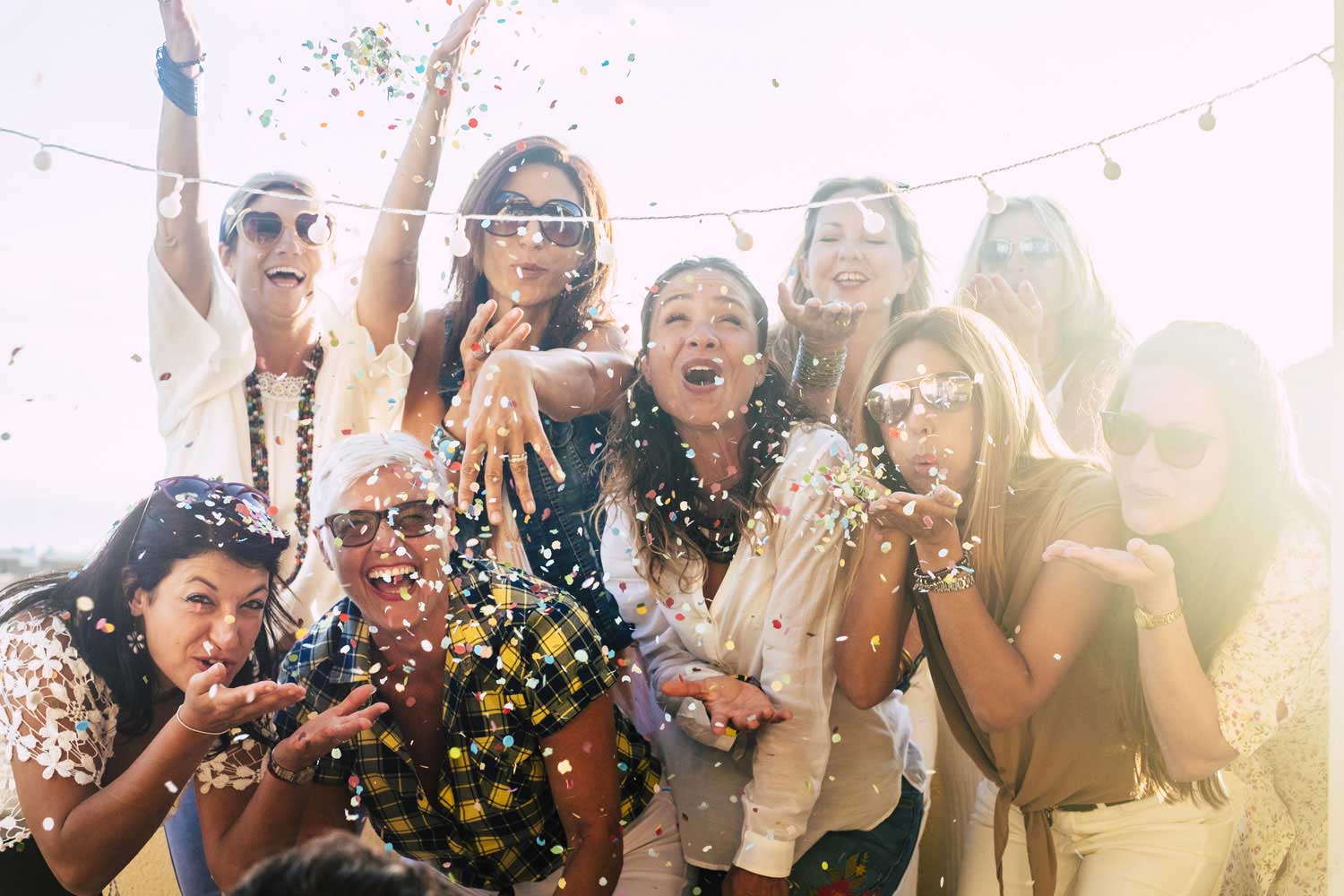 Today marks International Women’s Day, a globally recognised day celebrating the success and achievements of women worldwide. This year’s theme is ‘Balance for Better’, created to raise awareness against bias and highlight the need for a more gender-balanced world.

On this International Women’s Day, we’re celebrating all of the intelligent and hardworking women of the tech industry here at Blis.

We sat down with a few of them to understand who inspired them when growing up and advice they would give to other women looking to break into to the tech industry.

My mother was a huge inspiration to me growing up. She was extremely creative and actually started her own craft business, making dolls and other soft toys, which she would sell on consignment in small shops, but she also managed to get her creations sold at Bloomingdales in the US.

She followed her passions, and was also bold, tenacious and not afraid to try something and fail – after all, it got her into Bloomingdales! She might not have known it, but she had that entrepreneurial spirit that was part of my environment and probably my DNA from the start.

This has had a huge influence on my outlook and career choices over time. Entrepreneurship has been a thread spanning the decades for me – thanks to my mum and my dad, who was also an entrepreneur and remains a great inspiration.

What piece of advice would you give for females looking to break into the tech industry?

I’ve been in tech nearly my whole career. For me, it’s exciting to be able to translate something complex into something simple and consumable – whether B2B or B2C.

For someone looking to break into tech, I would say find a technology you can get passionate about and remember that being in tech doesn’t mean you have to be a techie or a coder, per se (though the industry needs more of those!).

There are many roles available within tech that let you get into the action and excitement without learning to code. Also do your reading – it’s important to keep up with the trends and what’s going on so you can be informed and add to the conversation.

I grew up in a generation where England elected their first female Prime Minister, Margaret Thatcher, as well as Indira Gandhi and Pezar Bhutto being appointed Prime Ministers of India and Pakistan, respectively.

These women shattered the glass ceiling and paved way for the future generations of women to enter politics, corporations and businesses. The 80s was a positive disruption for women around the world, where we saw the first female UK astronaut, Helen Sharman, who visited the Mir space station.

Now, I was particularly in awe of Helen, as she was employed in the same chocolate company as my father, who worked with Mars for 25 years. Everyone at Mars was so proud of Helen and she became a household name, often being cited as a positive role model for women.

Then there was music…and what fantastic music came from the 80s and 90s, in particular my pop idol Madonna. She was bold, unapologetic, encouraged diversity, sparking some uncomfortable conversations that needed to be said, and a global anthropologist.

As I graduated from University and entered the tech world, there were very few women in management roles, which over the last two decades has now become better balanced. Many of these female managers are leading some the world’s best tech organisations as CEOs, CMOs and other senior roles. I have been privileged to work with them and be inspired by their leadership.

What piece of advice would you give for females looking to break into the tech industry?

The tech industry is like any other sector, where there are an array of roles from Engineering, Marketing, HR, Product, Finance, etc. Each one of these disciplines are required to run a successful tech organization, therefore you don’t need to be “techy” to be in a tech firm. Researching about a company, learning about their technology and connecting with people via LinkedIn, recruiters, attending tech events will open doors to the tech industry.

I ensured I had a mentor in any organisation I was part of, who could provide guidance and feedback to support my career path. By building your network within an organization and industry, whilst enhancing your own learning will build a solid platform for a successful career in tech.

To be honest, when I was growing up I was too busy changing my mind every five minutes about what I wanted to do to focus on any single inspiring figure for too long!

As for women that inspired me, I was always really taken by stories of people breaking boundaries and generally just being brave like Amelia Earheart or Katherine Johnson. It’s largely not been about what they’ve achieved directly, but more about how challenging a journey they’ve had to take to get where they got to.

Both marketing and technology are careers that have historically been male-dominated and, to a certain degree, still are. I see this as more of an opportunity than a challenge, though.

Women shouldn’t be intimidated just because they are pitching a concept to a room full of men. If anything, it’s an opportunity to offer a slightly different point of view. Being confident in your own opinions is critical and you can’t be afraid to self promote. I learned very quickly that you can’t depend on others to give you the credit you deserve, you have to be your own advocate. I advise other women to be confident and self-assured, no matter how hard it can be at times.