Making the Most of Ramadan Marketing in Indonesia

According to Google, Ramadan 2018 drove Indonesia’s economy to its greatest growth since 2013. That’s because Ramadan, in addition to being the most important holiday on the Muslim calendar, is a time of festivity in addition to self-reflection. During the month of Ramadan, and particularly during Eid al-Fitr, the three-day celebration that ends the holiday, there’s an increase in travel, eating out, and shopping for gifts. Ramadan is observed by about 2 billion people globally (including 225 million Muslims in Indonesia alone), and the festivities around Eid are comparable to Christmas in the western hemisphere.

Unsurprisingly, Ramadan is typically the busiest season of the year for advertisers, particularly in Indonesia. During this period, retail sales were expected to grow 20-25 percent in 2018, contributing 40 percent of the year’s overall sales target, according to the Indonesian Retailers Association. Indonesians simply shop and buy more over Ramadan. Brands, particularly those in fast-moving consumer goods (FMCG), eateries and travel need to plan carefully to capitalize on this massive annual event, during which consumer habits change dramatically.

Indonesians will spend more during Ramadan, and they’ll use their smartphones more than they do at any other time of the year. With almost 100 million smartphone users as of 2019, mobile is a constant companion during Ramadan, with Indonesians turning to their mobiles in this period more than any other part of the year for entertainment, education and shopping. In fact, Facebook reports that in both Indonesia and Malaysia, 4 in 5 conversions during Ramadan happen on mobile.

How can marketers make the most of Ramadan in Indonesia? For marketers in FMCG, restaurants and travel, Blis has some advice. FMCG: Indonesian consumers place a high value on convenience, no matter how loyal they appear to be to any brand or chain.

Blis research discovered that when it came to Indonesia’s two largest chain stores, Alfamart and Indomart, there was a high number of shoppers who visited both retailers – in addition to the large number of shoppers who were seen at one retailer or the other. The takeaway for brands is that they should make sure their goods are stocked at both stores so they don’t miss out on convenience-driven consumers.

Marketers should rely on real-world intelligence to help them identify the moment when consumers might be ready to purchase, engaging them with ads that let shoppers know the items they want are in stock locally. This type of marketing for gifts and personal items is most effective when launched earlier in the holiday. Last year, there was a huge uptick in retail sales ten days into Ramadan that lasted until the two weeks before Eid. In fact, there was a massive 57 percent jump in sales ten days before the holiday ended on 14 June 2018. Marketers should continue to engage shoppers through and even beyond Eid, maintaining the connections they’ve built to stay top of mind with gift-buyers.

To offer tactical tips for retail marketers, it’s helpful to know that online activity spikes in the wee hours. Once the sun goes down, the spending spree begins! Mobile browsing actually peaks from 4:00 – 5:00 am and 5:00 – 8:00pm when people are sitting in traffic. Keep this in mind if dayparting campaigns. Additionally, if geo-fencing is part of a marketing strategy, consider including bus stations in those plans. These offer the advantage of dwell time, as well as the opportunity to link OOH and mobile campaigns. EATERIES: Blis research further revealed that Burger King is the most popular eatery, followed distantly by Carl’s Jr. And while 44 percent of Carl’s customers will visit a Burger King, only 13 percent of the King’s fans will go in the other direction.

While Indonesians prefer a home-cooked meal to break their fast, Google reports a spike in searches related to restaurants, particularly fast food chains, during Ramadan. Blis research further revealed that Burger King is the most popular eatery, followed distantly by Carl’s Jr. And while 44 percent of Carl’s customers will visit a Burger King, only 13 percent of the King’s fans will go in the other direction. Indonesians are also fans of Pizza Hut and KFC, which offered some competition to Burger King: 78 percent of Burger King fans went for fried chicken, and 63 percent occasionally opted for pizza. For marketers at eateries including fast food restaurants, it’s important to remember that dining with family is the priority during Ramadan. It’s therefore recommended that marketers target office workers near their restaurants who are aiming to skip traffic and meet up with their families at popular eateries. Conquesting is an excellent way to attract new customers during Ramadan. For example, a less popular chain in the country like McDonald’s would be wise to target Burger King customers with offers for family meals on their mobile devices. TRAVEL: To make the most of the season, travel marketers can use real-world intelligence gleaned from mobile devices captured at travel hubs in previous years.

During Ramadan, many Indonesians travel for Mudik, or homecoming, to be reunited with friends and family. This year, 19 million Indonesians will be heading to their hometowns for the holiday, and they’ll be relying on the internet to plan their trips. Travellers search for traffic updates, and search volume increases by 35 percent in Indonesia during the Hari Raya period according to Waze data. There’s also a spike in searches for last minute tickets – not surprising, considering 41 percent of travellers book tickets less than two weeks in advance of their trip. Given the massive amount of travel during this time, Indonesians would like to see more useful content from travel brands:

63 percent would like to see ticket and travel information, including discounts and promotions

48 percent would like to see guides to the best routes

To make the most of the season, travel marketers can use real-world intelligence gleaned from mobile devices captured at travel hubs in previous years. Directly targeting devices in airports, train stations and bus stations on peak travel days will also help travel brands reach travellers who may need hotels or local transport during this trip, and then reach out to them in subsequent year, as Ramadan draws near.

With nearly 100 million smartphone users in Indonesia today, marketers need to take a mobile-first, multichannel approach to Ramadan in order to make the season successful. Consumers in the country are hungry for information, entertainment, deals, and yes – food. By leveraging location-based, real-world intelligence to deliver the messages that are relevant, timely and personalized, marketers have the ability to attract and engage audiences at scale. Sharing the relatable themes of the holiday (like Iftar and Mudik), marketers can create and deliver content people want, when, where and how they want it, making it a Ramadan Kareem for all. 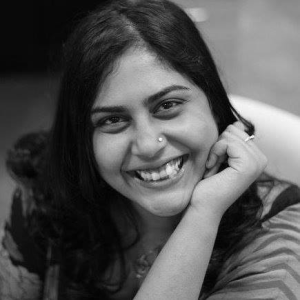 Head of Marking, APAC | Blis, Singapore Prem is responsible for leading APAC marketing efforts at Blis, through intelligent, innovative, and impactful campaigns, that drive thought leadership, demand generation, sales acceleration, exec engagement and customer retention. Prem is often invited as a guest lecturer to her alma mater, Singapore Management University, to deliver insights on digital marketing, has previously been on the Programmatic Committee of IAB South East Asia and India, and was recently been invited to be on the Forbes Communications Council. Besides work, she loves travelling, painting, and enjoying her wine.
Back to all blog articles
Share:
Share on facebook
Share on twitter
Share on linkedin